Traveling to one of the undiscovered locations found on the map takes us to the Lost Valley Redoubt excursion. It’s a tricky spot to battle through with forsworn and hagravens to deal with but the rewards are always found treasures. Arriving at night made it too risky to attempt the sneaky raid so we built the camp for some shuteye then make the move in early morning.

With the mod, Purity II by Laast, those nights are quite dark as seen with the waterfalls offering the small bit of light. 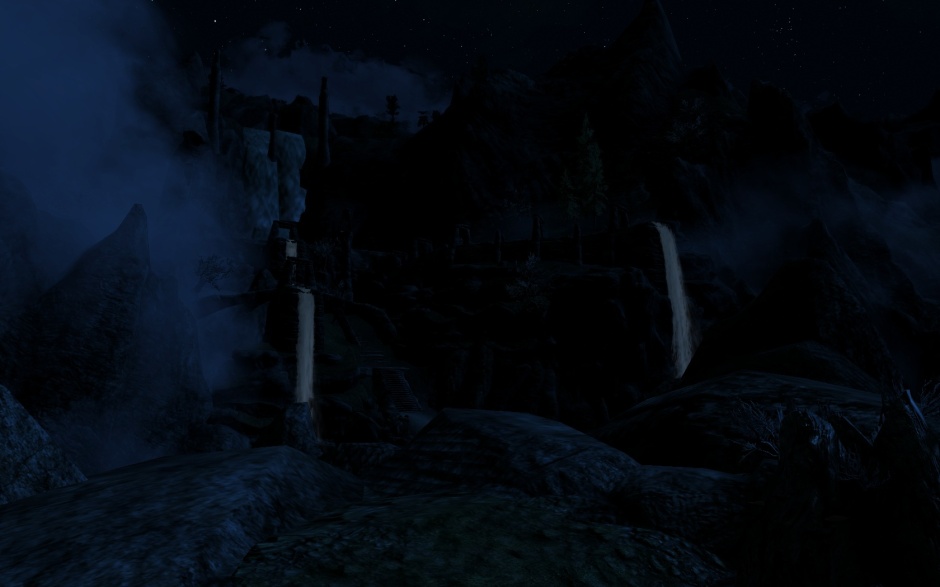 Being a professional Skyrim traveler and thorough shopper, it was a bargain when CampFire by Chesko hit the shelves.  What better spot to pitch your tent than being next to a lantern installed by MannyGT with his team of builders from Lanterns of Skyrim department.

A little bit of light and warmth from that fire Chesko taught to build makes it cozy enough for a good night’s sleep.

What a difference sunlight makes! Just look at that campsite and Lost Valley Redoubt captured in this painting by Aduri from the Sarethi Farm. For us adventurers, it’s time to head out and get across that river below. 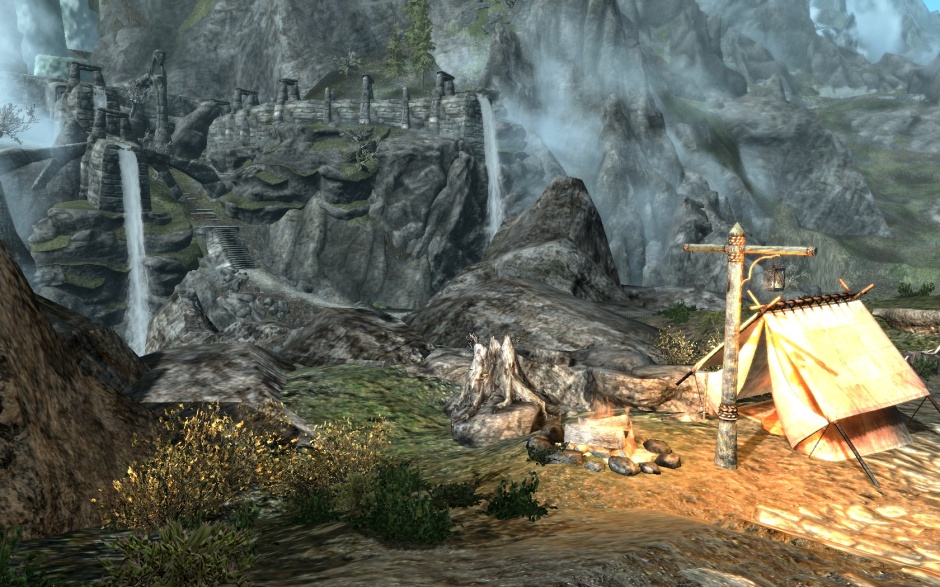 You work your way up steps fighting forsworn along the way. It’s a great place to hangout for a while when you are done clearing the place. Lots of tents for sleeping, crafting areas and surrounding area for exploring.

After eliminating the enemies, getting the new Word of Power, scooping up all the treasures, take a walk to the wild side.  Bard’s Leap Summit is located over the waterfall, just walk along the waterway to the edge to reach it. 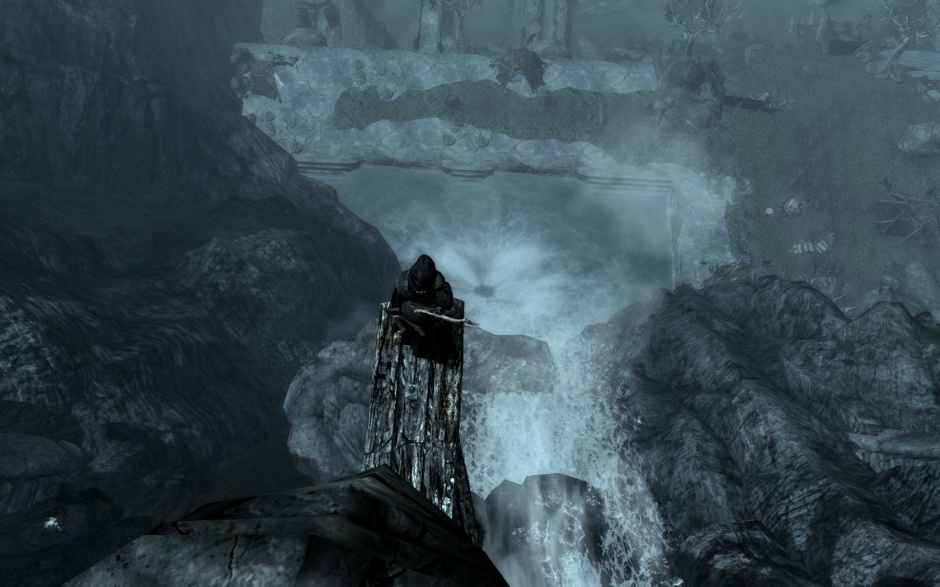 Can you spot the trout?

Should you survive this daredevil move you are met by a ghost named Azzadal.  Should you not make the leap safely and end up ragdolling…well, we can’t show that graphic material of your character being dead.

Azzadal tells you about his attempt at the leap but failed. After he is done talking, you are gifted with his speech bonus.