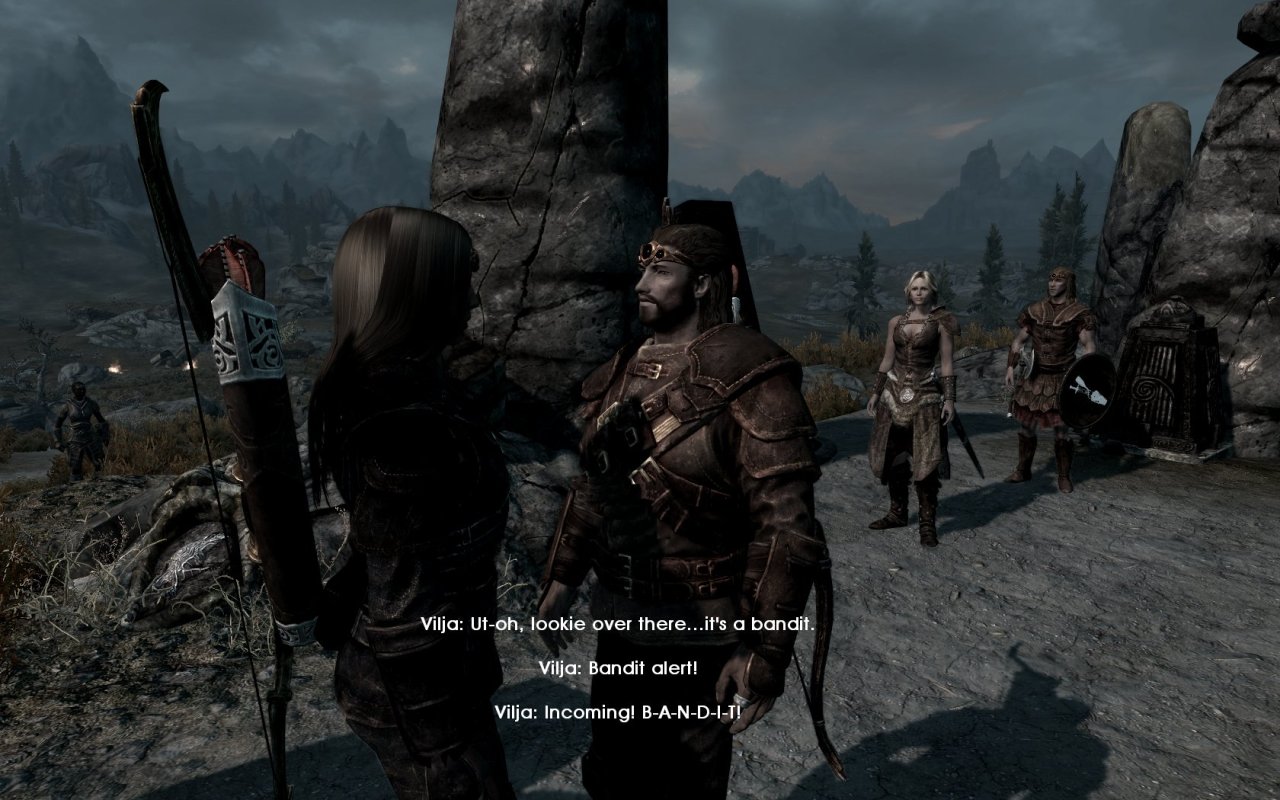 Indigoblade’s red eyes looked up at Winston. “This calls for a celebration!” His unsteady hand swung the empty mead bottle in the air.

“It always does, sir.” Winston replied as he removed one fresh bottle of mead from the shelf, dropped kicked it over to Indigoblade while opening the package. “It’s a journal called Status Report.” He examined the outside of the journal then looked over at Indigoblade.

“By the nine! She put it altogether in one tidy report. I love that agent!” He was trying to open the mead bottle with his teeth. Indigoblade had heard that Brynjolf could do this and that ability drew in more recruits than a sabre cat on the prowl!  It’s those little things the ladies like and he was determined to learn the trick. Having a ladies hanging around, clinging to him, making him the tenth Divine….

Indigoblade blinked as his dreamland was shattered by his butler’s voice. “What?”

“The report. Do you wish to read it?”

“No no. Take a seat, my good man and read it to me. I will bask in the completeness of her report then we will know if Skyrim’s bandit problem is under control or not. OBIS field agents are the best, they see the carnage firsthand so their reports are always precise and accurate.” Indigoblade leaned back in his chair. “This will take a while to go through. Probably will require some note taking on the key points.” Indigoblade gestured to the quill and ink resting on his desk. “I’ll stop you when something needs referenced.”

Winston stared at his employer with a bored look that all Bretons are born with. “I suspect, sir, inking the quill won’t be necessary. It’s only two pages but quite precise about one bandit.” He placed the open journal in front of Indigoblade.  “Is Lady Moddy Mayden sending us bards to be OBIS undercover bandit agents?”