Winston entered the oval office without knocking, walked over to the shelf and pulled down two wine bottles. He placed them upon Indigoblade’s desk then quickly withdrew a letter from his vest pocket.

Indigoblade’s eyes looked over the bottles then up at his butler. “Goblet?”

“Of course, sir.” Winston pulled the goblet out of his pocket then wiped the rim with his white cloth that hung over his arm.  He removed the cork from one bottle and poured a drink for his boss. After placing the bottle and goblet on the desk with one snap of his wrist the towel was neatly returned to his arm.

Indigoblade quickly downed the wine in one swallow and while pouring his second drink he asked Winston about the letter sitting on his desk. “What is that?”

Winston tapped one finger upon the folded letter and informed Indigoblade that he needed to apologize to someone.

“Indeed, sir. It seems that Wanderer family demands one.” Winston extracted a painting from his vest pocket and handed it to Indigoblade. “This man chose to wander Skyrim to find his inspirations and be not tucked away reading tomes or carousing in the cities.”

“And not performing for our common man, of course! Why should only the courts and inns of wealthy towns be given the gift of music? I know his type, thinks he is too good to perform for people of statue! Like me!”

“Yes, the outrage, sir.” Winston poured another drink for Indigoblade. “You must consider that the best tales are those of adventure. Who could truly write such a tale without first experiencing such?”

“Bah, send him to Bard’s Leap. They say the echo of a song sung from there can be heard all the way in Solitude.”

“The family would be happy to except the poor bard is dead and they believe your agent is the reason. When they found him lifeless, an OBIS agent was leaning over the body.”

“Stendarr’s Mercy! The agent wasn’t feeding, were they?” His hand slapped the desktop to/;. emphasize his reaction.

Winston raised one eyebrow at his boss. “I doubt that, sir.  All agents are required to carry cure potions. The family wishes for you to apologize for harming their family. The matter will be settled at that point. If you wish to make matters worse they are prepared to hit the streets with their own form of justice.”

“What you are telling me is I need to apologize for my agent leaning over the body of their family member after he was found dead?”

“Excellent, Winston. Send my apologies to them.” 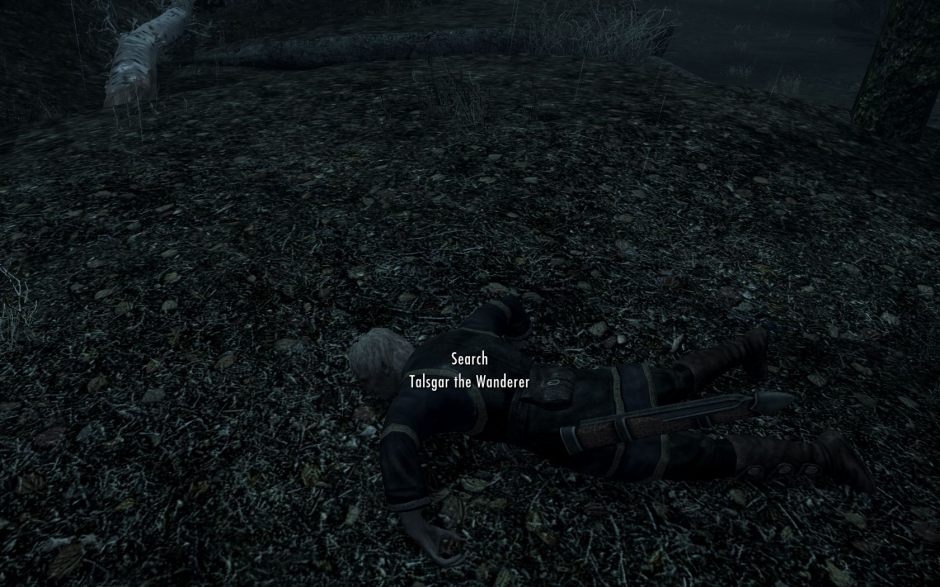